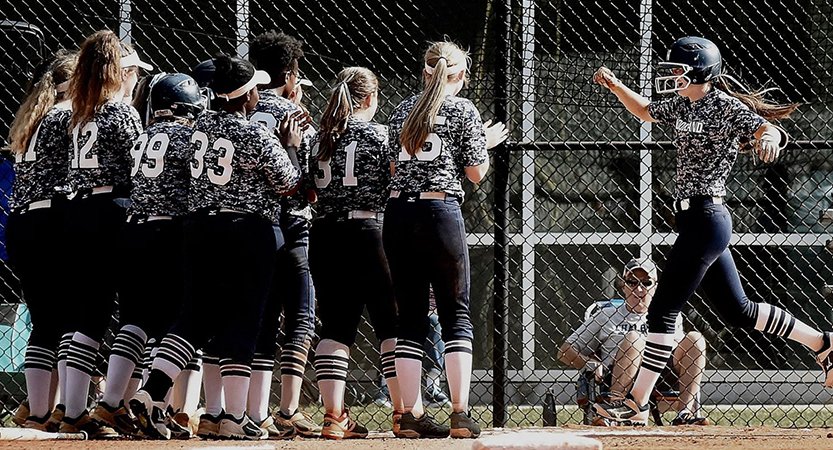 Woodland head softball coach Colman Roberts felt his team had a strength of schedule advantage over Chamblee in the first round of the Class 5A state playoffs.

He proved to be correct, as the Wildcats swept their way into the second round with wins of 2-1 and 5-1. This week, though, Woodland wouldn’t seem to have that same edge over an incredibly battle-tested Whitewater, who also goes by the nickname Wildcats and won the Region 3-AAAAA title this year.

“They are a team that plays a tough schedule every year,” Roberts said of Whitewater. “… Coach [Robert] Townsend always does a good job with them. They will be very, very good, because they are year after year. There’s a lot of good softball down that way, and they travel like we do and play in tough tournaments.

“It’s going to be two big games for us. We’re going to have to really play well.”

The best-of-three set is scheduled to begin with a doubleheader Tuesday. However, a high chance of rain makes it seem as though the more likely scenario involves pushing the games back 24 hours. That would lead to the doubleheader starting at 5 p.m. Wednesday with a possible Game 3 set for 5:30 p.m. Thursday.

Whenever the games do actually take place, it will be a meeting between two of the top teams in the classification. MaxPreps currently ranks Whitewater (25-6) sixth in 5A and Woodland, which has won a dozen straight games to move to 21-10, is up to ninth after last week’s sweep.

“Hopefully, we’re ready to play,” Roberts said. “It’s going to be one of our toughest tests all year long, in my opinion.”

That would be saying something given the number of high-caliber opponents Woodland has faced in 2019. In total, Roberts and Co. have played 10 games this season against teams currently ranked in the top 90 in the state.

Among the team’s regular-season foes are Class 7A’s Lassiter and Lowndes, Class 6A’s Sprayberry and Sequoyah, Class 5A’s Carrollton, East Paulding and Kell, Class 3A’s Ringgold, Class A Public Gordon Lee and Class A Private Wesleyan. Every one of those teams outside of the 6A schools all reached their respective Sweet 16.

Speaking of the Sweet 16, this will be Woodland’s third time playing in this round in the past four years.

The team’s seniors faced Whitewater at this stage as freshmen, losing by scores of 7-2 and 4-3. In 2017, Woodland was swept by Loganville in the first round before falling to Buford in two second-round games last year.

“We’ve been to the Sweet 16 three out of four years, so I think the kids know what’s coming,” said Roberts, who has led the program to the state tournament for a record fourth straight season. “It’s not going to be a surprise for them at all. They know it’s going to be tough. I think that goes in our favor.”

Whitewater has also been to the state tournament each of the past four seasons. After making it to the eight-team state tournament in Columbus in 2016, Whitewater was upset at home in the first round of the playoffs the last two years.

This 2019 group, though, seems to be better. Of the team’s 29 games prior to the state playoffs, Whitewater played 20 games against fellow postseason squads. The team swept Alexander, a 6A program currently in the Sweet 16; it knocked off Rutland and Cairo, who are still alive in the 3A and 4A state playoffs, respectively; and Whitewater only lost 4-3 to East Coweta — the No. 1-ranked team in the country.

“They’re solid defensively and always have good pitching,” Roberts said of Whitewater. “It’s going to be a big student section and very loud down there. … This year, they have a slapper who is unbelievable, so we’re going to have to deal with her leading off.”

Well, Whitewater will also have to deal with some pretty talented players, as well. The biggest challenge for the hosts might be scratching out more than a couple of runs against Woodland ace Lainey Baker. The sophomore hasn’t allowed more than one earned run in a game since Sept. 19.

Baker threw both games of last week’s doubleheader. She struck out 25 batters, while allowing a total of nine hits and six walks.

“I thought she did awesome,” Roberts said of Baker. “I know she was tired. She hasn’t thrown as many innings as some of our pitchers here have thrown, but to pitch on the road in a doubleheader … it showed a lot of character.”

Roberts said he doesn’t expect to throw Baker both games of this week’s doubleheader, although he said she’s certainly starting Game 1. Her ability to lead Woodland to a win in the opener will be paramount in the team’s chances of picking up two victories in Fayette County.

That being said, Roberts knows he needs a complete team effort to reach the state tournament. He pointed to the recent postseason exit of the Atlanta Braves as an example of what can happen when a team’s most reliable players don’t step up in the big moments.

“They had a bunch of guys that didn’t show up,”  Roberts said of the Braves, who fell to the St. Louis Cardinals in a National League Division Series. “We can’t have that; we need all our girls to show up.”