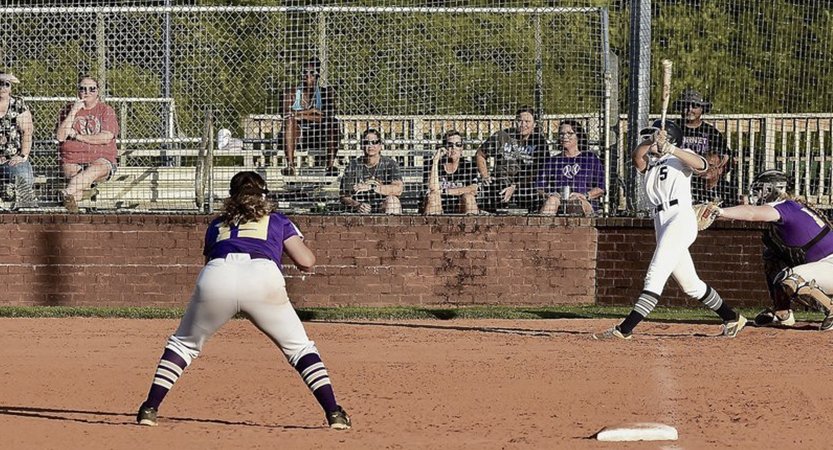 The Woodland High softball team picked up a big region win Thursday at Villa Rica, riding a hot-hitting start and poor defense by Villa Rica to a 7-5 victory.

The win puts Woodland two games ahead of Villa Rica for the 3-seed in the Region 7-AAAAA standings with three region games to go. That’s important because the 3-seed hosts the region tournament.

The Wildcats struck early against Villa Rica, scoring four runs in the top of the first. The game began with a pair of Villa Rica errors to put runners on base, and a couple of passed balls brought both those baserunners home. Ansley Evans later singled and Hannah Miller walked, allowing both to score on another Villa Rica error.

Villa Rica got one back in the bottom of the second, but Woodland scored two in its half of the third. Cassie Jones hit an RBI single in the inning, and an error and a fielder’s choice brought Jones in for a 6-1 lead.

Villa Rica came back to cut into the lead in the bottom of the third with a two-run rally, and then made things interesting with a run in the fourth and another in the fifth to cut Woodland’s lead to 6-5.

However, Miller’s RBI single in the sixth gave the Wildcats an insurance run and eventually gave the game its final of 7-5.

At the plate, Woodland was led by Evans’ 2-for-3 showing with a walk and run scored. The first seven batters in the Woodland lineup all scored a run, and six of them had a hit.

Woodland, now 12-10 and 9-4 in region play, will host its senior night game Monday against Rome.